How To Talk To Someone With Alzheimer 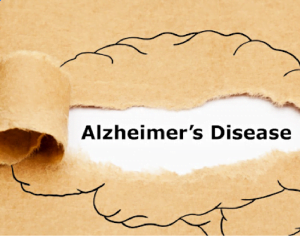 If you’re unsure about how to talk to someone with Alzheimer, this article provides helpful insights and strategies and empathic support.

Communicating with a person who’s gradually losing or has lost their memory due to Alzheimer’s disease can be challenging. Their ability to say what they want or decode what you’re trying to say to them becomes increasingly difficult as time passes. They may repeat themselves continually or insist on things you know are incorrect.

It can be easy to become frustrated with them or get tempted to keep correcting them, hoping that they’ll get it right. But, communication with a person who has Alzheimer’s requires understanding and patience—a whole lot of those.

As you might know I’m a bestselling wellness author who loves to share insights and strategies for how to live longer and healthier.

In this article I will sharing some helpful information on how to talk to someone with Alzheimer’s.

Communication Changes In Persons With Alzheimer

Although there’s no known cause of this disease, age is a huge risk factor as it mostly appears later in life to persons who are 65 years and above. Fortunately, there are resources and sites with useful tips for seniors to help them navigate their health concerns better.

Either way, with Alzheimer’s, communication changes vary based on the level of the disease’s progress. These are some of the common problems you may see as the disease progresses: 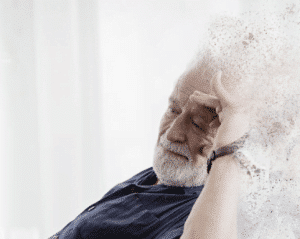 In the initial stages of Alzheimer’s disease, a person may still have meaningful conversations and engage in social settings. But, they may constantly repeat themselves or get overwhelmed when they can’t find the right words to say. Here’s how to communicate effectively with them at this stage:

This stage of Alzheimer’s disease takes the longest time, lasting for many years. As they get to this stage, communicating becomes more challenging as brain function continues to deteriorate. They’ll also need more direct care. Here’s how to successfully communicate with the patient at this stage:

In the late or severe stages of Alzheimer’s disease, the patient’s ability to communicate verbally falls dramatically. They depend on nonverbal communication, such as facial expressions and gestures. They also need to have round-the-clock care. Here are tips for effective communication at this point:

Communicating with a person who has Alzheimer’s isn’t easy, but they appreciate it when people around them are supportive. Be calm as they can still recognize your tone of voice. The ways discussed above should be effective when looking for ways to talk to someone with Alzheimer’s at any stage.

How to Manage to Thrive With Fibromyalgia

3 Best Alkaline Foods For Longevity (And A Longevity Smoothie Recipe)

People Who Are Late Tend to Live Longer – According to Science