Are you dealing with passive aggressive people? If so, below are 6 proven secrets for managing these challenging people – so you can live more peacefully.

[Note: If you’re truly committed to disarming toxic people and dropping the drama in your life, check out Manage And Avoid Drama Llamas. my bestselling video course. My research based tools have helped many thousands of people around the world. Learn more here!]

These things can feel very annoying!

Fortunately, there are ways to deal with a passive aggressive person – while keeping your sanity intact.

Coming up I will be sharing 6 helpful strategies for dealing with passive-aggressive people.

But first, let’s take a look at the psychology behind their irritating behavior.

What does it mean to be passive aggressive?

Why are people passive aggressive?

By understanding what it means to be passive aggressive – and learning some strategies for dealing with these kinds of people – you can avoid a lot of the drama.

Know What to Look Out For

It’s important to be able to recognize the tactics passive aggressive people use. That way, you can identify when they are manipulating you and shut it down ASAP.

The 4 Most Common Passive Aggressive Behaviors

The silent treatment is when a passive aggressive person decides to stop talking to you to punish you for something, whether you know what it is or not. If or when you confront them, chances are they’ll completely deny what they are doing. Then they’ll probably continue to ignore you.

Passive-aggressive types rely on procrastination when assigned a task they don’t want to do. They will often take forever to get it done, or they’ll finish most of it but leave the last bit unfinished.

We’ve all heard backhanded compliments before. “Oh my gosh, I love that dress on you! You can barely tell how much weight you’ve gained!” That kind of thing.

Passive-aggressive people will often develop a bad attitude in general if something sets them off. They usually will not tell you what the problem is or how to try and fix it.

If you’ve experienced these passive aggressive behaviors, you probably wonder…

If you can relate, then you’ve come to the right place!

If you think simply being nice and highly apologetic is going to win them over, think again.

Unfortunately these people have been passive aggressive for many years now, and your sweet kindness won’t be their cure all. 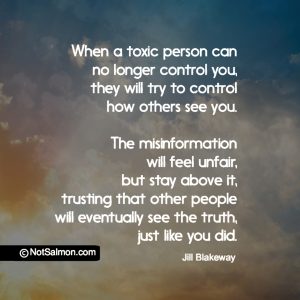 When communicating with a passive aggressive person, assertiveness is the necessary way to be.

Let’s say someone says “thank you,” but they say it with a sigh and an eye roll. Don’t try to analyze the situation. Either say “You’re welcome” or say nothing at all.

In general you should use neutral language and logical “I statements” when managing their behavior.

2. See It as an Opportunity

As infuriating as it can be at times, try to see this passive aggressive person as an opportunity for you.

When a passive aggressive person is using their tricks on you, it can be difficult not to become angered. Escalating the situation won’t solve anything.

People who communicate passive aggressively have often used that strategy for most of their lives.

Remember: The best revenge is not letting them get to you.

You can try doing simple 2 minute meditations – like I share in my book Instant Calm.  Meditation helps you to develop the superpower of being calm in tough situations. Learn more here!

4. Be aware of your vulnerabilities

Instead of trying to change a passive aggressive person, focus on beefing up your vulnerabilities so their annoying behavior don’t bug you as much.

Remember: The only true thing you have control over is you and your responses!

Take a look at your vulnerabilities and triggers.

Remember: No one can hurt you without your permission.

When dealing with passive aggressive people, it’s essential that you set boundaries and stick to them.

At a certain point you must try to limit your interactions with a consistently irritating person.

Obviously, if you work with that person, or they are a family member, there’s only so much you can do in this aspect. But the less time you spend with them, the better.

Holding on to the wrongs done to you by passive aggressive people will hurt you way more than it will hurt them.

Forgiveness is the best way to move on from the situation.

It’s usually a lot easier said than done. Try to remember that the passive aggressive person isn’t purposefully trying to be a jerk. They are suffering a lot themselves.

Remember: Forgiveness will rid you of resentments that could cause you to act passive aggressively yourself.

Stop allowing passive aggressive people to cause upset in your life.

I offer a wide range of effective resources and techniques to protect against toxic people – in my bestselling video course, Manage and Avoid Drama Llamas.

If someone hurt you deeply to your soul, this Zombie analogy is for you!

How To Develop A Daily Kindness Practice

How To Find True Love After Divorce and Failed Relationships

Comments area
Previous Post In The Wrong Career? How To Find Work You Love Next Post How To Stay Feeling Close To Long Distance Friends

How To Create A Successful Team In Real Estate
How to Fix a Relationship With a Difficult Professor or Teacher
7 Ideas on How to Breathe New Life into the Old Furniture
Ready to Be Your Own Boss? Why Franchising Might Be Right for You
8 Mistakes the Developers Make When Writing a CV (Resume)