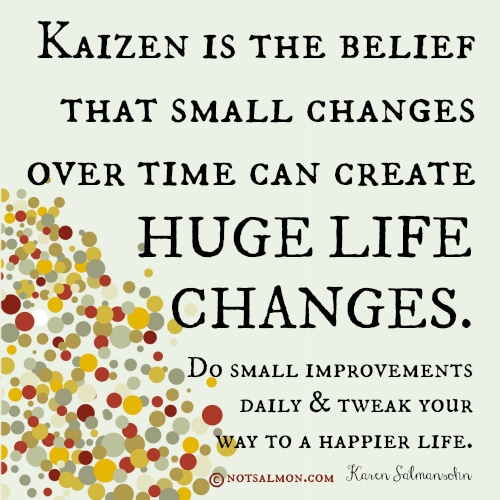 Want to know how to increase willpower to either avoid a temptation or to start a new, positive habit? Here’s a helpful science backed tool.

Consistently research on “willpower” reports that the best way to create huge changes in your life is to  make small changes daily. After all, it’s easier to be a saint for 15 minutes, than to be a saint for 2 hours. I’m personally a big fan of small daily changes – which means I love “Kaizen” – which is a Japanese word which pithily summed up means:

I want you to do a Kaizen Experiment

For the next month commit to devoting a tiny 15 minutes a day to a new improved habit– and tweak your way to a happier life.

You can always find an extra 15 minutes in your day!

Brain researchers Sandra Aamodt and Sam Wang believe if you can train yourself to stay disciplined for a mere 15 minutes a day doing a specific task – eventually – over time – you will become a more disciplined person in general – and be able to do a habit for far longer than 15 minutes!

Aamodt and Wang have discovered that a human brain‘s overall willpower capacity increases like a muscle every time a human practices even a little bit of willpower — for even 15 minutes — because the human is literally strengthening their brain‘s neural pathways.

On An Amusing Note:

Aamodt and Wang mention in their report how increasing “a human’s overall willpower muscle“ can begin with something as simple as disciplining yourself to brush your teeth for two weeks with your non-dominant hand. Well, instead of having you brush your teeth differently, I want you to brush up on doing “that thing” you know you need to brush up on!

Basically, sometimes the idea of doing something new can feel so overwhelming – that you wind up choosing not to do anything.

However, if you commit to doing a tiny 15 minute habit a day – moving one tiny 15 minute step forward a day – you will happily discover changing your life is not as overwhelming as you‘d thought.

I believe thereʼs a secondary reason why discipline for changing your life increases when doing small 15 minute habit changes over time. Youʼre creating what I call “identity shifting.” Basically, when you start doing a new disciplined live-improving 15 minute action, your identity begins to shift to see yourself as a disciplined life-improving person.

Your subconscious starts to say…

The Cliff notes on “Cognitive Dissonance.”

If Human A starts to do a loving action for Human B — through Cognitive Dissonance — Human Aʼs brain will start to tell them “Geez, I must surely like Human B if Iʼm now doing a loving action for them!” As a result, according to studies on cognitive dissonance, Human A will wind up liking Human B a wee bit more.

Want to increase your willpower around food? 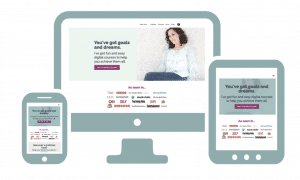 Join Stop Emotional Eating– a life-changing video course –  which will rewire your thoughts and emotions around food.

Already Stop Emotional Eating has helped many thousands of people to slim down and feel good – including myself!

These tools helped me to lose 20 pounds in 3 months – and keep the weight off for over 6 years – and still going strong!

Stop Emotional Eating is a video course you can start right away – do at your own pace – and keep for life!

If you’re trying to lose weight, here are 7 important “Do NOT’s!”

Comments area
Previous Post Want to be Happier? Make More Memory Bank Deposits. Next Post What to tell kids after failure to keep them resilient and confident