What Are Bitcoin Machines? How Do They Work? 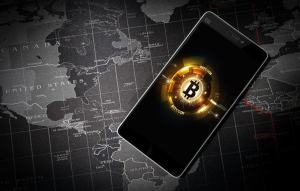 In 2009 the world was still reeling from The Great Recession. It caused two trillion dollars in economic loss globally ruining countless lives. Supposedly disillusioned with banks worldwide, whose failure helped lead to the recession, Satoshi Nakamoto released his own currency with no dependency on banks to the world. This currency is bitcoin.

Since its release bitcoin has become a popular form of currency though transactions using it could take weeks to confirm. This was bitcoin’s biggest weakness. Ten years later, bitcoin ATM equivalents began to appear, aiding in transactions.

No worries – I’m here to help you learn about them.

As you probably know I’m a bestselling author and award winning designer – with about 2 million books and courses sold globally.

I offer a range of business coaching and money making tools. For example my online course: How To Make Profitable Courses – Without The Overwhelm.

I love to help people to live their most successful lives.

With this in mind, read on for a bitcoin machine guide. Learn how it works, and what you need to use one too.

What Are Bitcoin Machines?

Bitcoin machines, also known as bitcoin ATMs, resemble traditional, automatic teller machines. Often taking the form of a gold and blue kiosk with the bitcoin logo somewhere on it. Once you find one, they’re a breeze.

They allow a user to buy bitcoin and add it to their wallet, sell bitcoin, or transfer bitcoin to another person. Different ones have different features. Some of them are able to give you cash by selling you bitcoin while others only allow digital transfers.

Where Can I Find Them?

These machines are all over the world and tend to be in or near large cities. If you need help using bitcoin machines or finding them, there are plenty of bitcoin machine resources available online. These resources include maps to the ones closest to you and troubleshooting guides.

How Do They Work?

Much like a traditional ATM, there are some things you need before you can start using a bitcoin machine.

If you do not have one already, creating a bitcoin wallet is a must. This online wallet is where all your bitcoins are. You can do this ahead of time or with a bitcoin machine, though this feature isn’t present on every model.

With your wallet on your phone and some form of traditional currency handy you now have two options: buy or sell. Both options will have you scan a QR code with your phone and you will be able to choose how much to purchase or sell. After that, you will either give the bitcoin machine your credit card or cash and it will take the money required, or it will give you cash if you chose to sell.

You can find a bitcoin machine guide online for more information. The machines themselves also explain this process when in use to make things easy.

Is a Bitcoin Machine Safe?

Yes, they put their customers’ privacy and security first. Private information given to the bitcoin machine is not saved. After a transaction is complete it will “forget” everything given to it.

The Future of Private Banking

Bitcoin has been used for over a decade now. As more people feel comfortable with bitcoin, bitcoin machines are becoming more prevalent. Today there are over 30,000 of these machines worldwide, and this number is only growing as time goes on.

If this guide on bitcoin machines was interesting be sure to check out the other courses and guides available on my site for more information to help you keep up with our evolving world!

Live your most successful life

Explore my online course: How To Make Profitable Courses – Without The Overwhelm.

5 Modern Stressors That Hurt Your Health And Happiness

Running a Jewelry Business from Home? How To Make It An Empire

Previous Post How to Build a Marketing Strategy: A Guide for Entrepreneurs Next Post Ornamental Shrubs and Your Landscape: The Perfect Match?

4 Useful Tips to Sell More Products Online in 2023
Holistic Health: 5 Natural Ways To Support Your Body & Mind
18 Thoughtful Christmas Gifts to Make an Impression
Career Opportunities in Python: All You Need To Know
10 Steps To File a Claim Against Nursing Home Abuse