My Researched Secret to Productivity – From An Author of 32 Books!

As a writer and designer of over 32 published books, I spend a lot of time alone, writing and designing.

Or rather…hopefully writing and designing!

If I’m not in the mood to write or design a specific project on a given day, I simply need to ask my boss for a work extension.

Since that boss is me, I’m usually granted a free pass.

Meaning?  Since my boss is one big wimpy wuss, if I ever want to get work projects completed, I need to master the art of “inner discipline.”

I have an accidental accountability buddy – my assistant Kristy.

Although I hired Kristy to do various project work for me,  whenever she’s with me, I immediately become more disciplined about my own work – just because I know she is watching me.

Turns out I wasn’t imagining the improved productivity -and I’m not alone in working better when I’m not alone.

According to research in the journal Social Cognitive and Affective Neuroscience, people generally perform better when they are being watched.

Research reports that “social awareness” and “desire for reward” increases when people know someone is looking at them – which thereby lights up the parts of their brain that control motor skills.

As a result, being watched creates better performance – as well an extra incentive to work harder,

I thought about this recently and realized:

Being watched by my assisted shares something in common with how electrons and particles wiggle and wave. Physicists report that particles behave differently when they are observed than when they are not observed.  They call it both “Observer Effect” and “Wave-Duality Theory” – and it refers to the changes that the act of observation makes on a “phenomenon” when it’s being observed. In particular, observation has been shown to change how particles can act as both a wave and/or as a particle – all depending upon whether or not they’re being watched.

Boy oh boy do I relate to those electrons and particles!

I thought about this more – and realized that my son also behaves better when I’m watching him closely,

When I’m giving my full attention to my son, he feels loved and cared for.

I even believe that “attention” is one of the biggest tenets of love.

So much so, studies have even shown that kids and dogs will tend to misbehave just to get attention – even if it’s the negative attention of being yelled at!

They don’t care! They just want some attention – because attention makes them feel loved!

When kids and dogs don’t have people paying any attention to them (observing them) , they feel very unloved – and tend to act badly.

When kids and dogs have people paying lots of attention to them (observing them), they feel very loved – and tend to act at their best. 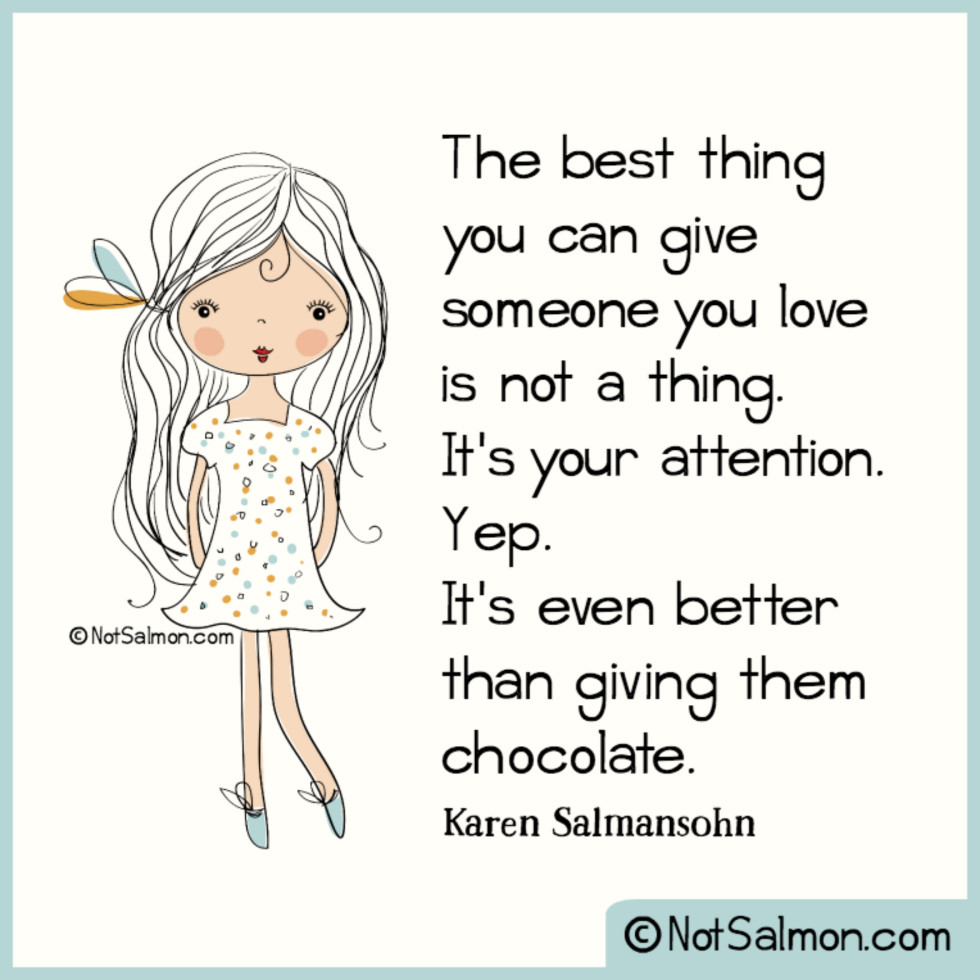 All of this got me thinking more about particles, electrons love and attention. I soon realized that whenever Kristy is with me when I’m working, I feel her presence as an act of love in the room – and I thereby want to behave at my best.

Similarly, maybe those particles behave differently because they too feel that observation is a form of love.  Maybe we all crave love and attention at such a molecular and cellular level, that even a teeny tiny particle craves a little bit of attention – so it too will feel loved! Maybe this is why particles and electrons tend to act more wiggly and wavy when being observed. The energy of love (aka attention/observation ) makes the particle excited and happy – and the particle can’t help but wiggle and wave because it feels loved!

Although I’m sort of joking about particles needing to feel love (note: while I’m sort of not joking!), I do feel there is a strong persuasive power in having someone watch what you’re doing – or not doing! Whether it’s the power of love  (or the power of guilt)  the power of observation is a true force nonetheless!

So if right now you’re having trouble getting a project done, or writing a book, maybe you need to bring in an accountability buddy to help you to feel more wiggly and wavy about doing it.

How To Live A Good Life: An Interview with Jonathan Fields

7 Things To Consider When Hiring A Divorce Attorney
What Are The Fundamental Elements Of Great Web Design?
Planning Ahead for Business In The Future: How To Benefit
Can You Improve Your Business’ Chance Of Success?
How Mental Health Technology Is Transforming Healthcare