We absolutely fall in love with specific television characters and plot lines, but here are some adulting things that your favorite TV shows got wrong. After reading my list, feel free to add whatever else you’ve noticed your favorite shows got wrong – down below in the comments area!

We all have TV shows that accompany us throughout our lives. As the Friends cast got together 27 years after the first episode and 17 years after their last episode together, fans all over the world watched on the edge of their seats.

Rachel, Ross, Monica, Phoebe, Joey, and Chandler back together on the screen: It’s a moment that has made history for everyone who discovered the difficulties of adulthood with these six friends.

Or perhaps, you’ve been counting the days until Netflix releases the second part of season 5 of Lucifer. The show made history too when the public saved it after its cancelation by Fox. Fans took to Twitter to express their support to the writers and the cast members, asking for a channel to rescue the show. Hashtags such as #SaveLucifer were trending in many locations around the planet. And the public was successful in saving the show, which found its new home on Netflix – they even managed to save the show twice, granting fans a surprise finale season that will be released later.

We all have a show that’s marked our life.

TV shows are an escape from reality.

So, we have to be honest with ourselves. The things we’ve loved the most in our favorite tv shows got many adulting things wrong – and had lots of unrealistic plots. In this article I’ll be sharing the top 7 adulting things I’ve noticed that your favorite TV show got wrong.

Below are the most common infuriatingly adulting things your favorite tv shows got wrong.

We get it: Nobody can film a show in a tiny apartment. Most TV shows use vast open sets, which gives the illusion of space. When they film in real locations, they will prefer vast and roomy interiors, as they need to accommodate the technical team, the cameras, and the microphones.

From a logical point of view, we know they need space. But from a narrative perspective, we can’t help but wonder how our favorite TV characters afford their lavish properties.

Could Manica and Rachel pay for their apartment in West Village in the real world? The show creators used a rent-control technique to make the accommodation fit the characters’ budget, ensuring the landlord doesn’t raise the rent. Through a clever trick, Monica’s apartment ends up not costing her most than $200 a month.

While they used a trick to justify the low cost, the rent-controlled amount seems unrealistic at the time. In real life, Monica and Rachel wouldn’t have been able to afford their accommodation, whether renting or purchasing. They would have needed a house affordability calculator to define how much they could afford to pay every month. And, quite frankly, we assume it wouldn’t have been much!

2. Nobody survives on ice cream and pizza

When something sad happens, your favorite character eats ice cream. When they are happy, they share a pizza with friends. Most characters on screen tend to eat junk food, whether sugar-loaded or high carbs.

While this makes them appear friendly and relatable, the truth is that nobody can survive on a diet of ice creams and pizzas. You are going to put on weight and slow down your metabolism.

Sitcoms, unfortunately, don’t promote a healthy lifestyle, even though most people on screen look fit. You need to eat smarter to stay healthy. If we ate like our favorite characters, we couldn’t fit through the front door! 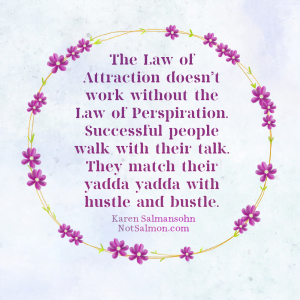 From Seinfeld to House M.D., we can’t help but wonder how people manage to keep a job.

Characters seem to spend a lot of time outside of their workplace or misbehaving in the workplace.

A casual catch up lunch with friends is a frequent scene on TV. Yet, in real life, how many of us can afford to take an extended lunch break to see a friend?

Thinking back about our favorite diagnostician Dr. House, we can’t help but wonder how the man managed to secure his position. House was abusive, disrespectful, and frequently caused troubles for patients and colleagues. He might have saved a life per episode – not always, as some patients did die – but is it really enough to keep him in employment given his terrible attitude?

4. Impossible toxic relationships are bad for everyone

Gossip Girl’s couple, Chuck and Blair, explored an unhealthy relationship between someone who had no qualm assaulting an individual and putting themselves first – and a girl who will forgive every single one of his sins.

Ross and Rachel are also one of the most unbalanced relationships on Friends, as he is controlling of her.

These characters absolutely don’t follow any of the recommended secrets for happy couples. 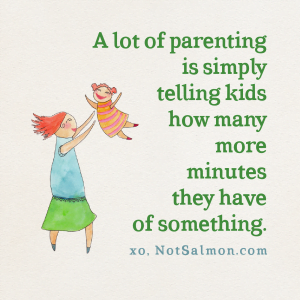 If you have children, you know that a healthy relationship is built on honesty and respect. Witty teenagers in sitcoms may appear cool on screen. But no parent would let their kids talk back the way they do it on screen. Sitcoms can encourage a surprisingly high level of disrespect to the typical authority figures, being both parents and teachers.

6. How much do you spend on clothes?

Does any character in a TV show wear the same clothes twice? In Friends, Rachel’s wardrobe became more sophisticated, with luxury pieces she would wear only a few minutes in each episode. Fran, the infamous Nanny in New York, has some of the most fashionable pieces in TV history, with unique designer outfits. And we’re not quite sure where exactly she got the money for it.

7. Traumatic experiences all the time 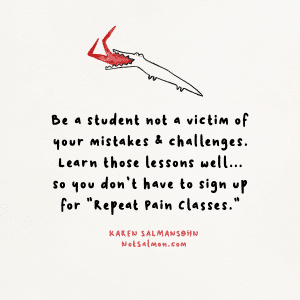 A life trauma is becoming a tool that makes characters interesting for an episode. Dr. House is a man constantly thrown in the middle of traumatic experiences, from being kidnapped by the secret services to being shot inside the workplace. Does he show any sign that those events are affecting him? Not really. He seems to reset himself after each episode.

We will never stop loving TV shows. They offer a window into an imaginary world. However, they also share unbalanced and unrealistic standards regarding mental health, relationships, finance management, health, and careers. Perhaps their flaws are exactly what makes us love sitcoms and TV dramas so much! And so with this mind, we’ happily (even gleefully) overlook that our favorite tv shows got so many adulting things wrong!

Get tools to live your happiest life

Feeling Anxious? Breathe and Get Back into Balance

3 Habits To Become More Happy And Successful: Level Up in 2022

6 Reasons You Should Learn How To Cook

When Life Feels Unfair: Tools To Help You Cope And Understand Karma
Do Loved Ones Send Signs When They Pass? Unusual Stories…
Are narcissists happy? Are sociopaths happy? [Research]
Top 5 Regrets of The Dying and 5 Tools To Live Happier
Feeling Invisible? Here’s What I Did To Reclaim My Power

What Is Water Soluble CBD? Top 5 Benefits
Selecting the Best College for Online Learning
The Benefits of the SHL OPQ & How To Evaluate an Employee’s Potential
How To Manage Stress At Work (5 Relaxation Tools)
The 3 Most Important Things You Can Do For Your Mental Health