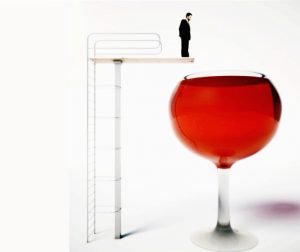 Learn which sober celebrities have kicked their alcohol addiction or drug abuse habits – and stayed recovered.

Did you know alcohol is the third preventable cause of death in the US? Addiction affects family and friends, but it can be overcome.

Are you wondering which star celebs have overcome their alcohol addiction and drug abuse issues? Not to worry! In this guide, we’ll find out about sober celebrities.

Lana Del Rey struggled with drugs and alcohol as a young teenager. She went to a boarding school when she was only fourteen.

She believed the reason was that her family wanted her to get sober. Del Rey would drink at home alone and every day.

She headed to a rehab center for alcohol and drug addicts when she was eighteen.

Marshall Mathers, known as Eminem, almost passed away from an accidental overdose. He went to rehab after this incident with methadone. This past April, he celebrated 11 years sober.

In the late 90s, Downey struggled with drug addiction. He then went on to get arrested on drug-related incidents. Downey went to California Substance Abuse Treatment Facility and State Prison after.

He has been working hard to remain sober since then.

Cooper realized he was sabotaging his life with addiction. It was then he decided he needed to get sober. When he played the musician in A Star Is Born, he described it as a cleansing experience.

Cooper said he used some of his experiences when portraying that character in the story.

How Immediate Gratification Is Ruining Your Life – And Tools To Help

At the end of the Harry Potter films, Daniel Radcliffe started to feel a bit lost. Working on the series for so long had created a specific rhythm to his life.

Radcliffe said he felt quite scared after the last day of filming and lived alone. He drank a lot during this period. Then Radcliffe sought help annd has been sober since 2013. 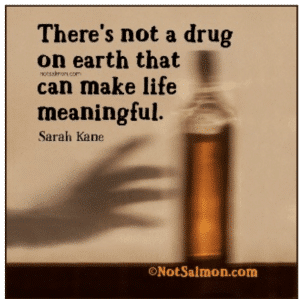 Ben Affleck first headed to rehab in 2001. He worked on his sobriety over the years.

Then in 2017 he reached out to his followers on Facebook. Affleck shared that he finished treatment for alcoholism.

He talked about how he had dealt with alcohol addiction before. But he needed to face it again.

In August 2018, his ex-wife, Jennifer Garner, brought him back to rehab.

One of the stars from the Sex in the City series became sober at the age of 22. She found that drinking had started to get in the way of her acting ambitions.

Every once in a while, when she is out with friends, she misses drinking. But she knows that it’s not worth the risk to have one glass.

Are you or your loved one struggling? Consider an in patient drug rehab. You can get help for co-occurring disorders while treating your addiction.

Now You Know Some Sober Celebrities

We hope this guide on celebrities working through addiction was interesting. These sober celebrities sought treatment. Get help today if you’re struggling with addiction.

And if you are suffering from food addiction, check out my life changing video course, Stop Emotional Eating. These research based tools have already helped many thousands of people to control binge eating – including myself. Learn more here.

Stop Overeating: Research On The Best Ways To Lose Weight

How and Why To Stop Sugar Addiction

Why Having A Lot of Self Control Makes You Happier

The Many Benefits Of Walking

Previous Post How to Have a Happy, Healthy, Close Family Life Next Post 5 Ideas For Successful Networking for Small Business Owners

5 Steps To Forgive and Forget And Find Lasting Inner Peace
Career Boosting Tip: How To Build Up Your Courage
I now have “Mom Brain!” Do you? Take this 10 second quiz!
Let Go of The Past: Inspiring Reminder
The Law Of Attraction Needs The Law Of Perspiration

What is your Ikigai? How To Live With Purpose And Passion
How Pre-Existing Conditions Affect Qualifying for Insurance
4 Important Tips for Writing a Love Letter
The Advantages of Montessori Education for Your Child
What You Should Know About Accepting a Cash Offer For Your Home