5 LGBT Icons You Should Know About 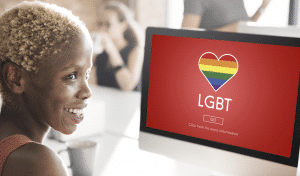 Without the work of certain individuals, we wouldn’t be enjoying the freedoms we have today. Keep on reading to learn about the lives of 5 LGBT icons.

Media of all forms has become crucial to the lives of many today.

Imagine you’re watching TV, but no matter how many shows, movies, or musicals you watch, you struggle to find someone like you. No matter what channel you’re on, no one really matches your experiences of who you uniquely are.

This is what it can be like as a member of the LGBT community. It’s hard to find any representation on TV or online, even today- but things are slowly changing for the better. LGBT icons are starting to get their deserved recognition and coming to the screen more frequently.

Here are just a few of the big names in LGBT+ history that you should know about.

Why are LGBT Icons So Important?

The LGBT+ community (lesbian, gay, bisexual, transgender, and other marginalized orientations) has been struggling to get themselves recognized for centuries. It’s hard to find good representation even now, but with the help of activists and creators all over the world, the LGBT community is slowly starting to be brought into the limelight.

Not only are LGBT activists important to the community in which they belong, but they also give some great advice even for people outside of the community. Regardless of who you are, anyone can benefit from seeing LGBT icons out in the world.

Marsha P. Johnson is a central figure when it comes to LGBT activism. She was a black, transgender woman, and was a leader in the Stonewall Riots of 1969. Without her fighting spirit and dedication to her community, the LGBT community as a whole would be far worse off than it is today.

Sir Ian McKellen wasn’t only a famous actor; he was also a strong defender of LGBT rights. After coming out as gay himself, he co-founded a charity called Stonewall that continues to campaign for equal rights for members of the LGBT community to this day, as well as anti-bullying campaigns for LGBT youth.

Taking a dive back in time, Joan of Arc is a well known historical icon, though not many realize that she was, in fact, a cross-dresser. Mostly known for her skills in battle, Joan of Arc was also tried for heresy on account of her various times dressing up as a man. There are also rumors that she may have been a lesbian as well, though this is up for debate.

Alan Turing was a brilliant man and was responsible in part for Hitler’s defeat in World War II. As a key mathematician and scientist for the allies, he was responsible for breaking the code for the Nazi Enigma machine; unfortunately, upon discovering his relationship with a man, he was later brutalized and ended his own life.

As you can see, LGBT icons are not a new phenomenon. The community has been around a longer time than most realize!

There are plenty of other LGBT icons out there- if you want to learn more, consider researching others!

Be The Happiest Version of You

Find Time To Meditate with these 4 Quick Guided Meditations

Life is A Game And You Make The Rules: A Philosophy To Live Happier

When Life Feels Unfair: Tools To Help You Cope And Understand Karma
Do Loved Ones Send Signs When They Pass? Unusual Stories…
Are narcissists happy? Are sociopaths happy? [Research]
Top 5 Regrets of The Dying and 5 Tools To Live Happier
Feeling Invisible? Here’s What I Did To Reclaim My Power