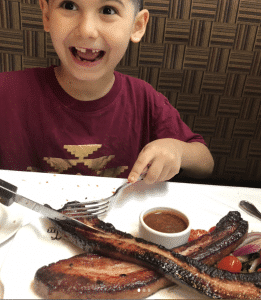 If you eat bacon, you might want to know about its cancer dangers due to nitrites!  Know the research and risks. Read on…

I’m a pescatarian. Meaning I eat fish – not meat.

I stopped eating meat many years ago – for health reasons.

I was researching how to live longer, healthier, younger – for my longevity book, “Life Is Long: 50+ ways to live a little closer to forever.”

Sure enough, in my research I learned there were many study-backed reasons to “delete meat” from my diet.  So I became a pescatarian.

Well, actually a “pesca-egg-a-tarian” – because I eat omelettes sometimes.

I then chose to raise my young son, Ari, to be a pesca-egg-a-tarian too.

However, when Ari turned 8 he became curious about bacon.

I couldn’t deny that he was right.

Ari begged me to try bacon.

I ultimately decided he could.

I thought: Just because I’m a pesca-egg-a-tarian, this doesn’t mean I should force my strict dietary views upon my son.

My son should get to taste yummy things like bacon – and the full gamut of delicious foods out there – as long as he eats these foods in moderation.

So Ari began to eat bacon.

Soon after he started to get headaches.

Ari actually called these headaches “migraines” – because he said the pain in his head was so strong.

I wondered if the bacon and headaches were linked.

I remembered reading that Nitrites and Nitrates can cause migraines.

As an experiment, I told Ari to stop eating bacon. Sure enough, as soon as Ari ditched the bacon, the headaches completely stopped.

Around this same time many articles about bacon’s cancer causing dangers hit the media. 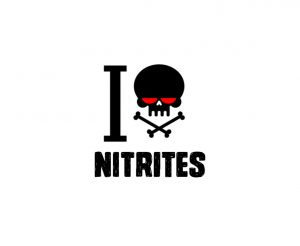 It now seems that the World Cancer Research Fund, cancer specialists and politicians are working together to back a big campaign to take out “nitrites” from bacon.

They are reporting  a “consensus of scientific opinion” that the “nitrites” used to cure meats wind up creating “carcinogens” called “nitrosamines” when eaten.

We need to stop adding cancer causing nitrites and nitrates to bacon.

Cancer specialists and politicians are now calling on the government to launch a “Public Awareness Campaign” about the risks of nitrites.

They want this campaign to be launched with the same fervor as campaigns about the dangers of sugar and tobacco.

TIPS: Want my secrets to living longer & younger? Check out my book, LIFE IS LONG.

Consider this article my part in a “Public Awareness Campaign” against nitrites!

I can understand how disappointing it is to cut out yummy bacon from one’s menu. Admittedly, my son was very upset to say goodbye to his new delicious bacon treat.

But because my son was getting painful migraines from bacon  – he could feel the very real “dangers” of its chemicals. As a result, he was more deeply convinced to stop eating this truly dangerous food. 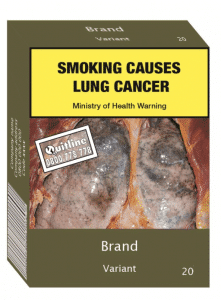 I recognize it’s tough to give up something which tastes as yummy as bacon – when you don’t clearly see and feel the real dangers of this food.

Perhaps we should consider doing what they do in Australia and New Zealand when it comes to the designs for tobacco products.

They prefer packaging which does not glamorize cigarettes – but instead is plain – or specifically features a picture of lung cancer or mouth cancer etc.

Be real with yourself about bacon, nitrites, nitrates, cancer and migraines!

If we could truly see the long term dangers of cancer causing chemicals in our foods (and products of all kinds) – right smack on the packaging – you can be sure we’d all feel a lot more motivated to ditch these dangerous cancer-causing products.

Want to Lose Weight Fast? Go On A Word Diet! (A Neuro-Linguistic Tool)

Green Juice Benefits And A Warning About Its Dangers

5 Health-Related Reasons You Should Be Drinking Tart Cherry Juice