How To Quit Diet Soda And Other Food Addictions

Here are insights and tools for how to quit diet soda and other addictions.

Note: This is a guest essay by Susan Shapiro about how she personally quit diet soda and food addictions.

I wasn’t surprised to read a new medical study that showed people who drank diet soda daily had a 61 percent increased risk of heart attacks and strokes. My doctor ordered me to quit my Diet Coke habit last year – and it was a difficult detox. I couldn’t sleep, work, or concentrate.

I was depressed and anxious for a month.

I blamed my personality, which is so addictive, I could get hooked on carrot sticks.

I started out devouring everything I loved in life but abused the privilege, so this felt like punishment for immoderation, as if I had to sacrifice former pleasures for the honor of surviving.

I was being forced to delineate what was essential and make trade-offs, as when swimming laps toned my arms but the chlorine destroyed my (dyed) hair.

Of course there are worse compulsions to quit besides Diet Soda.

Yet this was a huge transformation for the Queen of Diet Soda.

At twelve, in a bikini around my suburban Michigan backyard pool, I sipped hot pink Tab cans through a straw, relishing the tin aftertaste, fizz, caffeine buzz, instant gratification, and endless supply with zero calories.

My Jewish mother was a dangerously delicious cook, so this appetite suppressant seemed a miracle. 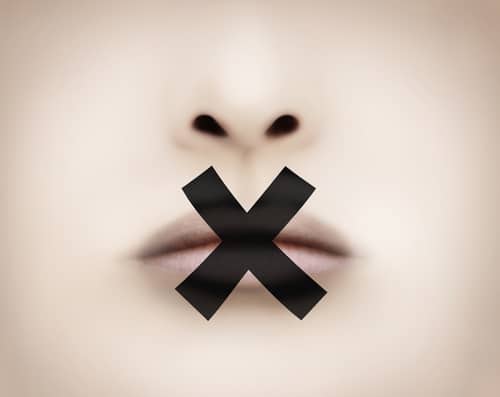 In college at the University of Michigan, my dormitory’s pop machines turned me into a Diet Pepsi girl. On the Atkins diet, which banned aspartame and saccharin, I switched to the Splenda-filled Diet Rite.

At NYU grad school I flirted with clear Diet 7-Up before deciding on Diet Coke.

By thirty, twelve daily glasses of Diet Coke with ice helped me concentrate on work – but affected my sleep.

So by noon I’d switch to Diet Coke Caffeine Free, consuming so many cans during the classes I taught that students who wanted extra help left ribbon-tied six packs with my doorman as bribes.

How Immediate Gratification Is Ruining Your Life – And Tools To Help

Nobody served the non-caffeinated version.

It was truly tough to quit Diet Soda.

I learned soda was a serious problem when I had laryngitis for two weeks during a book tour.
As a journalism professor often teaching four to six hour classes and seminars, I’d assumed it was overuse and silently pondered the ironies.

While promoting a project on finding your voice, I’d lost mine.

A motor-mouth career-obsessed feminist at the height of her power in her forties now needed her husband to return phone calls and place food orders.
At my launch party I gestured wildly, as if playing Charades. People bought more books so my editor surmised I was more endearing and relatable as a defective mute.

I carried a pen and pad to write “I can’t talk,” jotting down my destination for cabs I once hailed with a bellow.

As a former smoker, I worried about lung cancer or emphysema.
But a doctor said my viral infection was worsened by acid reflux, a common ailment. Take Nexium, stop spicy foods and most of all -quit fizzy drinks.

I did, felt better, then slipped back to diet soda -until I was voiceless, with a hacking cough and breathing trouble.

A throat specialist said: diet soda or your esophagus.

She confirmed the bestselling Skinny Bitch’s proclamation that diet soda was “Liquid Satan.”

No chocolate or coffee either. One green tea, then switch to water.

I was in denial about the diagnosis – until my gynecologist said all the soda perpetuated vaginal cysts.

A surgical oncologist insisted it increased masses in my cystic breasts – making mammograms harder to read.

It seemed the magic potion I drank for decades was in essence poisoning different parts of my body.

I didn’t even realize I was dependent on the caffeine, chemicals, and appetite squelching effect.

Not to mention withdrawing from psychologically soothing rituals I’d practiced, under the illusion that “calorie free” meant healthy. That I gained weight and had mood swings without my regular fix shouldn’t have shocked me.

TIPS: Want my secrets to living longer & younger? Check out my book, LIFE IS LONG.

I’d quit bars, clubs, and soirees where others puffed, imbibed on what I couldn’t. I quit dinner parties cold turkey, scarring my social life.

One friend starting saying, “Let’s go out and get some water.”

I was such a self-righteous annoyance, invitations ceased anyway. I embraced abstinence, becoming the diva of deprivation. I thought I’d graduated giving things up. I didn’t expect more withdrawal from a legal, cheap, ubiquitous liquid. When it came to oral fixation satisfiers, this was the end of the line.

“Just when you think you lost everything, you find out that you can always lose a little more,” a post heart attack Dylan sang on Time Out of Mind.

I feel bereft without my diet soda. But I’m lucky I’m not ill and still have options. My doctor okayed mineral water and Chamomile tea (though the honey I add is too fattening). I’m trying to enjoy new rituals – boiling water, stirring bags of decaffeinated French Vanilla, and Caffeine Free Cranberry Apple Zinger.

The only thing that’s hit the spot so far is sipping Evian water through a straw in my last empty Diet Coke can, as if my eyes can trick my tongue and taste buds.

Or I could keep my mouth shut and not put anything in it for hours a time – a choice that, up until now, had never actually occurred to me.

Note: This essay is written by Susan Shapiro.

My Journey From Drugs To Gratitude – guest essay by Patti Silvia

Stop Overeating: Research On The Best Ways To Lose Weight

Alcohol Abuse: 13 Signs You Have A Problem With Alcoholism

Previous Post How To Love Yourself More and Be Confident In 3 Simple Steps Next Post How To Learn From Failure: Why Falling Is Not Failing