How To Say Yes To Life – Even When You’re Terrified 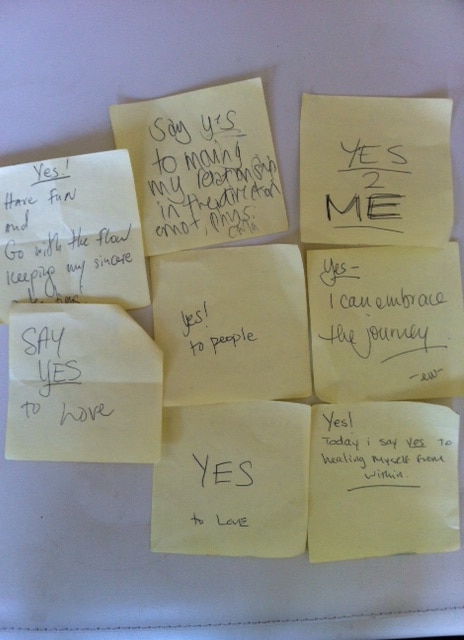 Don’t let fear stop you. Here’s how to say yes to life – even when you’re terrified.

Note: This is a guest essay by Jennifer Pastiloff

This morning in my yoga class I asked everyone to write down on sticky notes what they were going to say Yes to life about – today!

This photo to the left is one showing some of their answers.

They put them over their hearts during Savasana (final resting pose).

Later that night, I shared this “Yes” themed poem in another class – because I have fallen absolutely in love with it.

God Says Yes To Me by Kaylin Haught

I have found that sometimes saying Yes is complicated and rough around the edges.

But then I remember that so is my life.

So I keep saying yes, even when every bone in my body whispers No you mustn’t expect any more miracles. 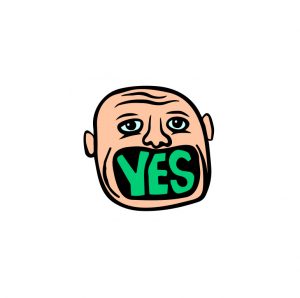 My life has never been a neatly organized drawer or a perfect day for sailing.

Yet I have gone sailing anyway and gotten capsized and sunburnt.

But here I am still.

Nor has my life ever been what I thought it would be when I looked out from the vantage point of childhood, from the top a staircase in New Jersey all the way down into my teens, and 20′s, my 30′s.

Most likely because my father died at 38 and in my child’s mind that was the end of life as we knew it.

And as cliche as that sounds, you must believe me when I tell you:

You have to say no sometimes.

To that tea, or this lunch, or picking up that shift, or the wedding or whatever it is that is yelling at us in every language NO and yet what comes out of our mouth is a half-hearted Yes.

Here I am sick after 3 weeks partly because I say yes to life – too much.

And my saying yes to too much is not really a saying yes (it’s getting convoluted here) but it is my fear of: They won’t like me if I say no, I will let them down, If I don’t say yes to this job then there won’t be anymore…

And on and on.

And…saying yes to who you really are, which is buried under the layer of No’s and years of standing still.

Today I say yes to life – knowing that I can have it all.

I can travel and write and teach and be exactly who I want to be.

I’m saying yes to the things I am afraid of, I’m saying yes to cleaning out my car and getting organized so that when I get pulled over by a cop, as I did this morning, I can actually find my registration card instead of  getting a ticket for not having it.

I am saying yes to my life, with all it’s parts and needs for oil changes and tune-ups.

I’m saying yes to reading more, to move Movable Feasts, to more trips to Paris, Yes to leading more retreats around the world for the rest of my life.Yes to writing my best-selling book.

Yes to inspiring millions. Because that is what I want to do.

Why should I not say yes to what I want to and to who I am?

(Note:This photo is of the inspiring Bryant Mcgill and his adorable daughters – by Jenni Young of Jenni Creatives) 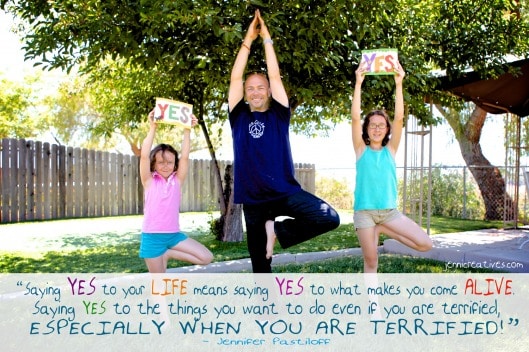 This morning I asked my class to start to pay attention to when they stop having fun in life. One of the main tenets of my yoga classes is that you must have a sense of humor.

Start to say yes more to your life.

That’s not to say that bad things won’t happen, that my friend Emily Rapp’s baby boy isn’t dying, that some things just suck and are really really unfair.

But in the meantime, with compassion in our hearts for all of those who are rammed up against a big fat No, let’s keep saying Yes.

Note: This is a guest blog by the fab, motivating, yoga-teacher/guru/writer Jennifer Pastiloff.

Bad Bosses: 6 Tips for Talking to and Coping With Them

5 Questions to Ask Yourself Before Changing Careers

The Secret To Increased Productivity: How to Accomplish More In A Day