How to become a published author 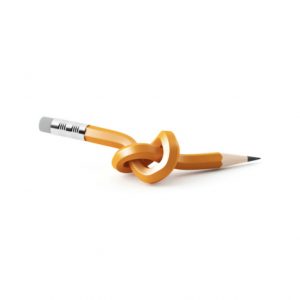 Want tools and support to get your book written and polished so you can become a published author – so you can?

I’d love to help – via my UNBLOCK PROGRAM.

Already my UNBLOCK PROGRAM  has helped many brilliant-but-stuck people – just like you – flourish and thrive with their books.

Gabrielle Bernstein came to me with a problem.

She wanted to be an inspirational book author – but after a few years of pitching a book proposal titled “Falling In Love With Your Future,” she still hadn’t gotten a publishing deal. She was getting pretty frustrated (as you may be able to imagine).

Anyway, at the time I had a 5-mornings-a-week global radio show on Sirius Radio called “Be Happy Dammit.”  I was about to create a twice-monthly 3-minute segment called, “Add More Ing To Your Life” – inspired by these words in a paragraph in my Bounce Back Book. But I had so much I was working on, I offered Gabby the opportunity to do the short segments.

So after a few segments, I suggested she publish a book with this title.

My sense was that the reason her agent had not sold “Falling In Love With Your Future” was because her title was a bit “ho-hum” and “old school” for the younger hip generation she was seeking to reach. Plus her book idea I felt was too general -not specific enough to be summed up quickly in a way that would hook a publisher and captivate an audience.

So I tossed her a “million dollar idea”: use the fun and feisty title Add More Ing To Your Life – and its specifically narrow-focused  message – to appeal to her audience – and thereby to publishers.

But there’s more to this publishing success story

One night I wound up meeting the president of Berlitz Publishing over french fries while at a local restaurant with my friend Kathlin Argiro. He invited me to pitch book ideas to a new book division he was starting: QNY.  I wound up selling him “Prince Harming Syndrome.” While at a meeting with editors, I asked what other types of books they were looking for. They told me “self-help for the younger generation.”

DING!  I called Gabby and said, “I think I finally found you your publisher.”  Gabby was still pretty attached to “Falling In Love With Your Future.” I set up the meeting, and Gabby chose to pitch this book – and the editor passed.  So I coached Gabby to do something unconventional. I coached her not to let this failure (or time) get in her way of a book deal. I explained how she must do a quick call with the editor  – as soon as possible – to tell her about the book with the more high-concept content and more catchy title: Add More Ing To Your Life.

She did…and the rest is “publishing” and “how to get on Oprah” history.  Gabby has said my helping her to get her first book sold was a “turning point” in her career – and – she’s referred to my help as a “miracle” of sorts – because this happened in 2009 – which she describes as “a time the recession had us in a headlock,” “fear and uncertainty were at an all-time high,” and “nearly every industry was negatively affected.”

Want to become a published author?

Click here now to find out more about my UNBLOCK PROGRAM.

How To Make Wiser Choices and Decisions Which Make You Happier

It’s called success. Not obsess. A Reminder About Work/Life Balance.

Previous Post How Stress Can Lead To Emotional Trauma Next Post What Matters Most In Life? 12 Quotes To Remind You How To Be Happy