50% OFF - A Novel About Love and Packaging - NotSalmon

50% OFF – A Novel About Love and Packaging

Click here to claim your free 50% OFF – A Novel About Love and Packaging eBook.

I started off as a novelist.

My very first published book was this funny romance novel called “50% Off” – which I wrote back in the 1990’s. I typed it up on one of the very first Macintosh home computers ever made.

The novel was optioned by Miramax to be a movie starring Marissa Tomei.

Plus my “50% Off” novel received a rave review by comedian Jon Stewart – as well as lots of five star reviews in Cosmo, US Weekly, Entertainment Weekly, Glamour, Self, The Philadelphia Inquirer – and then some. 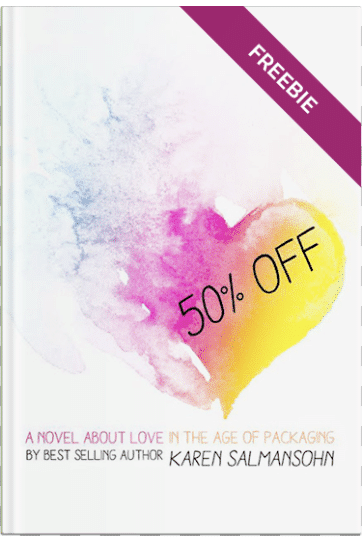 I’m now giving away my novel for free – for a limited time only!

My passion for writing this novel is what inspired me to quit my job in advertising – to be a full time writer.

By coincidence, the novel stars a girl who works in advertising – but she’s not me.

I made up the dysfunctional love story – which features topics like the art of Wiccan, the history of music, the power of belief and the dangers of illusions. I called it “50% OFF” because the lead character, Sasha, is in the ad business.

Plus, this is how she feels without a man – like 50% off – half of a person – marked down merchandise. There’s a famous Plato quote – that we’re all half of a being divided by a curse – and through love – we have to pursue our other half. Well, this is how Sasha feels when her fiancé breaks off their engagement – like half a person. Her mission: find a way to feel whole again! 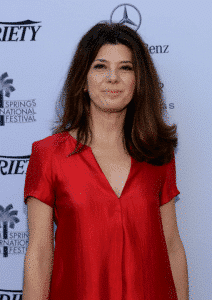 The actress Marisa Tomei wound up reading and loving my novel so much that she brought to Miramax – who optioned it for a movie to star her!

I wrote the screenplay – which looked like it might be filmed into a movie – but – in the end it was not “greenlighted.”

Happily, Miramax next up offered me a TV development deal to work on TV shows for them.

Jon Stewart, the comedian, also read and loved my novel. So much so, he gave me a “blurb” for it. Here’s what Jon officially said about my funny writing: 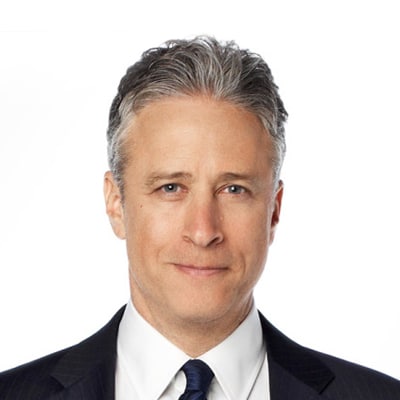 Karen Salmansohn has the wit and sass of a stand up comic.

Plus, Jon thought my writing was so funny, he invited me to be a test guest on his TV pilot – for his first talk show – which wound up launching him into great fame.

My agent sent out this novel on a Friday to editors at publishing houses to read. It was summer. He included a towel and a bottle of sunscreen – suggesting they read it on the beach. We got an offer the very next Wednesday from St. Martins Press – that they wanted to buy it!

Click here to claim your free 50% OFF – A Novel About Love and Packaging eBook. 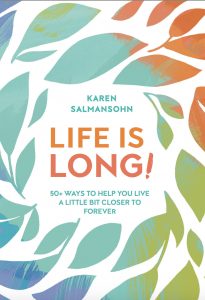 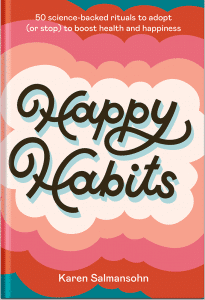 Previous Post GUT: Think From The Middle To Get To The Top Next Post Prince Harming Syndrome 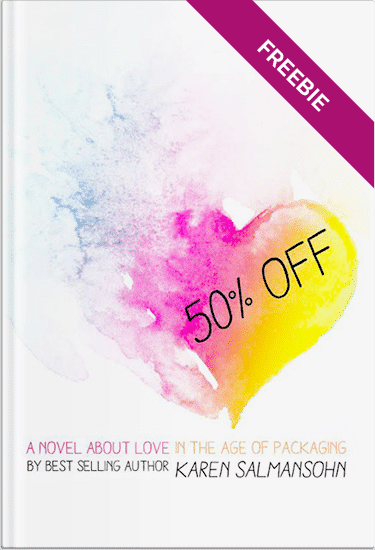 50% OFF – A Novel About Love and Packaging

Creative Ways to Add Character to Your Home
Different Ways You Can Prevent Heart Disease
4 Tips To Get A Good Night’s Sleep
What are the Causes of An Abnormal Period?
SARMs vs. Prohormones: What’s Best for You?

Life is short. So we’ll keep this copy short.

Live your happiest life. Get my research-based happiness newsletter delivered conveniently to your inbox.

Please go to your inbox and click the confirmation link we just emailed to you. After that, you will begin receiving my research-based happiness newsletter delivered conveniently to your inbox. 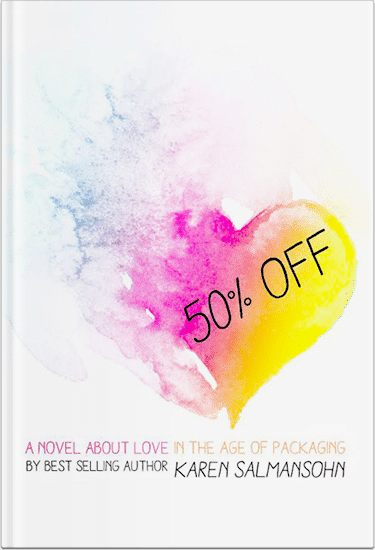 Please go to your inbox and click the confirmation link we just emailed to you to download your free eBook now! Get a free copy of my Miramax-optioned novel.

Learn and laugh about love in the age of packaging!