Have you been feeling unwell lately? Lethargic? Digestive issues? It could be what you’re eating. Read on to learn about these 7 dangerous chemicals in food to avoid if you care about your health.

Even with all of today’s rules and regulations, there are more than 2,500 chemical substances intentionally put into our foods. Sadly most of these additives are unhealthy and outright nasty.

As you might know, I’m a research geek on wellness and happiness.

I wrote a bestselling longevity book called Life is Long.

I’m committed to helping people to live their healthiest and happiest lives.

If you’re concerned about what you’ve been putting in your body, you need to know about these dangerous chemicals in food.

Unfortunately, there are many common food additives that most people don’t even know about!

I believe everyone should know about these dangerous chemicals – so that they can avoid them – or greatly reduce them.

Trans fats are so dangerous that they have been virtually banned from or food.

It was originally added to foods to improve shelf life.

However, the increase in shelf life is not a good enough trade off for bodily harm.

If you eat trans fats, you’re looking at…

Heart disease is one of the most dangerous chronic conditions that someone could contract. So you should think twice about eating foods with trans fat.

Trans fat is most commonly found in preserved foods. Thankfully, recently. companies are now doing their best to remove trans fat from foods.

However, trace amounts still exist because of food regulation rules. These rules say that a company can claim to have zero grams of trans fat if it is under a certain amount.

Ugh! This is why I recommend cutting down on preserved foods as best as you can. 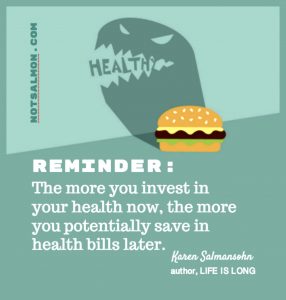 Artificial food coloring is commonly found in candies, condiments, and other brightly-colored foods. While they make foods look pretty, they are unhealthy.

Physicians and other scientists have found multiple disadvantages to using artificial coloring in foods.

First of all, many people are allergic to certain types of food dye. Our bodies react in such a way that some people even develop cancer as a result of ingesting various food dyes.

Plus, scientists have linked artificial food coloring to the development of hyperactivity disorder in children. 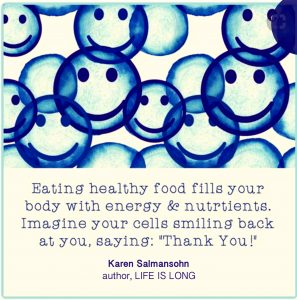 This ingredient has been the subject of many controversies.

Scientists performed a study in 1969 that looked at the effect of monosodium glutamate in mice. The results showed that MSG caused neurological damage which included inhibition of growth and development.

Many scientists and physicians are concerned that MSG may also harm humans. However, some have claimed that the ingredient is unable to cross our blood-brain barrier.

Sodium nitrate is a preservative that is added to help stop the growth of bacteria. It is mostly found in salty foods.

When sodium nitrate is exposed to amino acids in high heat, it can change into nitrosamine which is horrible for your health.

Sodium nitrate is most commonly found in processed meats. You can avoid the preservative by switching to unprocessed, more natural meat sources.

High-fructose corn syrup is a sweetener made from corn. You can find this sweetener in cereals, candies, soda, juice, and similar foods.

A number of studies have linked high-fructose corn syrup to weight gain and diabetes.

How can you avoid this preservative? Avoid sugary beverages and foods!

Plus you should also keep an eye out for other harmful products like artificial sweeteners and liquid sugar.

The preservative known as sodium benzoate is commonly added to:

Sodium benzoate is still considered safe by the Food and Drug Administration. But recent scientific studies beg to differ.

This harmful ingredient is a prime example of why you should read food labels, even if the FDA finds the ingredient to be safe.

Xanthan gum is a food preservative that is commonly used in foods that are thick in their consistency.

The ingredient is commonly hidden in gluten-free foods to make up for the loss of consistency.

Consuming too much xanthan gum has been linked to gastrointestinal issues:

Unfortunately, people who do have these negative reactions to xanthan gum usually don’t realize their symptoms come from xanthan gum.

If you want to be safe, keep away from thick foods as much as you can. Also, try to only eat gluten-free foods if you actually have a gluten allergy.

The majority of harmful chemicals in foods aren’t banned.

Therefore, many people don’t realize that these preservatives are harmful.

Unfortunately we’re putting harmful chemicals into our bodies and not even realizing it.

If you find these common food preservatives on food labels, I recommend that you try to stay away from eating them.

Grab the health tools in my longevity book “Life is Long”

My Journey From Drugs To Gratitude – guest essay by Patti Silvia

Want to improve your relationship? Don’t forget to do this one thing!

8 Ways to Help Someone Through Their Health Struggles