When your mother commits suicide, how can you forgive and move on?

Note: This is a guest blog by Jenn Manning.

A couple days ago, I was having a conversation with friends about forgiveness.

About when it was the right time, right place, right frame of mind to offer it and actually mean it. At what point, do we forgive someone?

Of course each instance where forgiveness is wanted or needed is different, the level of wrong, the extent of the transgression against us, determine our frame of mind when contemplating it.

I have always thought that some things in life are completely unforgivable.

But I have started to wonder.

Forgiving and moving on is not for the person who wronged us. Ultimately, it is for ourselves. By holding onto anger, hurt and sadness, are we sealing off a critical part of ourselves that really needs to be healed.

As I have journeyed through life, I have been hurt and I have been wronged –  just like you and everyone else in this world.

I share this part of my journey only for perspective.

Alone in a motel room, she decided that she no longer wanted to be a part of this life.

At the time of her death, we were estranged.

Had been for about a year.

My life with her had been a struggle from the time I was a child until the day she died.

Undiagnosed Bipolar Disorder, had robbed me of a mother I had so desperately wanted. 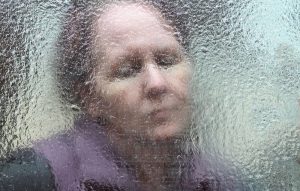 What I got instead was a woman, who never admitted she was ill, and who never saw the damage her illness created.

She would build me up, only to tear me down.

The lies and manipulations that plagued my childhood, I carry with me today.

As a child I worshiped her. I believed everything she told me. I believed her when she made claims against others – including family members. I fought battles for her. I cried for her. I begged for her love. I sold my soul, my very being, to be the best daughter that I could be.

Over and over again.

It took me 32 years to understand that I would never be able to fulfill her.

I was in my twenties when I realized that my entire life to that point, had circled around her.

Her wants, her needs, her manipulations and lies.

I had lost a huge chunk of my life, my self and my confidence.

It is a hard reality to face when you realize that your mother is incapable of love.

Her love, her attention came with a price and for years I had paid it.

Until the time came, when I could no longer. I had shouldered the responsibility of her illness, her highs and her lows for too long. No one else but my sister saw it.

Outsiders thought we were the worst daughters in the world.

She had told them that. They had believed her.

There came a breaking point and it was in that moment when I realized I could sacrifice myself no longer. I let go. I walked away.

I carried with me, the hurt, the anger, the feelings of failure and defeat.

I had tried and I had failed. I could not be the daughter that saved her mother from an illness that had controlled her for her entire life.

You cannot help those, that do not want it. 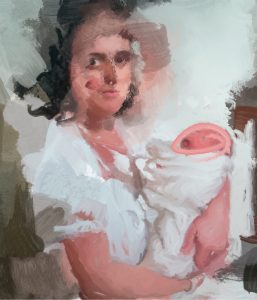 I harbored resentment and anger for the entire year we were apart. I needed to heal. I had a strong hope, that in losing me, she would see that she needed to face this, that she would find the strength inside of her, begin to understand her worth and fight a battle that only she could fight.

I had hoped and dreamed, that she would become the mother I had always wanted.

Bipolar robbed her of that which was hers. It took from her the very core of her being and replaced it with something that is completely opposite of who and what she truly was capable of being.

Because her bipolar went untreated for so long, she spent many years looking in the mirror and seeing a person she did not recognize or understand.

Not only did bipolar rob her of her sanity, but it robbed her of the ability to see beyond the space it dictated her to look. She could no longer tell reality from fantasy. She walked in a world no longer her own. As time went on, she pulled it around her like a blanket.  Never did she take responsibility for her own life, her own well being.

In death, as in life, both my sister and I shouldered the blame.

“When people kill themselves, they think they’re ending the pain, but all they’re doing is passing it on to those they leave behind.”

With my mother’s death came, anger and sadness, shock and emptiness. For the past 4 months I have tried to put the pieces in some semblance of order.

I have come to some conclusions – including now knowing that there are some things in life that will never make sense.

Some parts of life  that the only thing you can do is choose to make peace.

When you forgive, you in no way change the past.

But you  do change the future.

I want to get to that point when I can think of the happy times that there were at times, and release the anger and the sadness. I know these dark emotions have no place in the future. I think I finally get that in forgiving her, I can release the power of the memories  that hurt, that fill me with anger and sadness.

I find that with each day, with each thought of her, the anger has lessened a little, but the sadness, not so much. I will know when I am there, as you will. Forgiveness is not on a schedule – but on your own timing, on your own terms. Thankfully I am really starting to believe in forgiveness – that it is something that eventually needs to happen!

I will never forget.

But there will come a point when I forgive.

For her, for myself, for the future.

Written and shared with love by Jenn Manning. For more about Jenn click here now!

If someone hurt you deeply to your soul, this Zombie analogy is for you!

Should I Forgive? Here’s How To Forgive the Unforgiveable

5 Steps To Forgive and Forget And Find Lasting Inner Peace

The time has come to forgive your parents…

Comments area
Previous Post My Journey From Drugs To Gratitude – guest essay by Patti Silvia Next Post Find your authentic voice! Get tools from Jennifer Hamady, the Voice Whisperer