Dumped, Fired And Other Stages Which Led Me To Live A Life I Love

Want to be able to say “I’m living a life I love?” Sometimes the stages which get you there are different than you’d expect.

Note: This is a guest essay by Susan Shapiro

I was dumped and fired.

Then I wound up living my dream life.

“You going to sell poems on the sidewalk?” my Midwest doctor-father joked when I moved to Manhattan to get my MFA.

I’ll show him, I thought.

As it turned out, he wound up helping me to pay my rent. After my graduate degree, I could only get low paying clerical jobs. I had published a few poems. And I’d learned how to do write book reviews for about $100 a piece.

Finally, after struggling for nine years, at 29, I landed the most amazing job in the world – and creating a life I loved. I became a book columnist for a major Manhattan newspaper.

My family background was on the conservative side with lots of boys. Three brilliant science-brain brothers who’d never let me get a word in edgewise. I couldn’t believe I’d get paid to read and give my opinion!

Plus, I’d only have to be in the office to meet with the editor for an hour every Friday. Although he needed me to review 5 books a week, amazingly, I could choose the titles. This was a rare perk for a broke freelance critic.

I took to reading everywhere.

On buses, subways, my local diner. Sometimes while doing leg lifts in my exercise class. 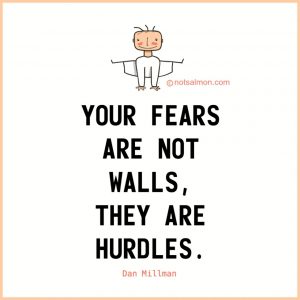 A new friend I dined with asked, “You have little kids at home?” When I inquired why she thought so, she said I’d cut all my chicken into small pieces. I’d picked up this habit to help me turn pages easier.

When my boyfriend George took me to Jamaica for a week, paperbacks took up half of my duffle bag.

My passion for writing reviews soon led me to getting a syndicated column.

If I raved about a small press book, my laudatory words were soon seen in multiple papers about the country, including my hometown Detroit News.
I was soon invited to swanky literary launch parties. I relished the little acclaim my paperback column brought.

At home I received packages filled with books. Every day was Hanukah! I was sent so many reviewers’ copies that I made $8000 that year, by selling the books I didn’t want.

It was just a paperback column. My base payment was $300 a week. Some syndicators offered a mere $10 extra to run it.

For the first time I was leading a life I loved – in romance and work.

Then George dumped me for a young want to-be actress who could barely read a script.

A year of reviewing five books weekly was draining. Instead of the thick novels, fat presidential biographies and Tom Wolfe and Camille Paglia treatises, I chose thin novellas, essays, and short story collections. I threw in art and photography books that were mostly pictures with little text, and gravitated toward slender poetry volumes. Reading suddenly felt tedious and exhausting.

My editor complained about my choices and minor mistakes in my copy, wanting me to apologize for my errors and return to huge political tomes. I admitted that critiquing 260 books in one year burned me out. Most reviewers handled one book a week, two at most, I argued, insisting he reduce my load to four. He’d been a nice boss so I expected compassion.

“This isn’t working out,” he said, firing me. 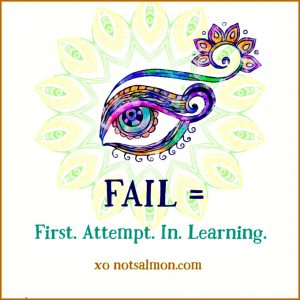 As if that weren’t hurtful enough, the next day he hired a replacement and only asked her to write about three books. When I tearfully asked another editor why, she confessed: The newbie tried to review five books but couldn’t handle it.

When she told Abe three books was her limit, instead of admitting he’d been wrong, he saved face by pretending the switch was his idea.

She was being paid the same amount I’d been—to review a hundred fewer books!

George had dumped me for another woman, now my editor had too.

A literary web-stalker, I looked up the bio of my book review rival.

This pseudo-intellectual thief who’d swooped in to steal my beloved newspaper space had an MFA in poetry, like I did. The editor had obviously figured out that poets could review books and worked cheap. She’d published her own poems in highbrow journals and worse—they were great.

I told my shrink (who only charged me $20, on a sliding scale) that I didn’t know which was more agonizing:

She was more interested in hearing about the new guy I was fixed up with. He was a screenwriter named Charlie. Plus, he had been a big fan of the column I was still mourning.

“I can’t envision any other work I could ever do that I’d like as much as being a book critic with my own column,” I lamented.

“Didn’t you once tell me you really wanted to be the author of your own books?” she asked.

“Someone told me that writing is a way to talk without being interrupted,” I recalled.

“Perfect, coming from your family,” she added.

She wound up dancing at my book party and my wedding to Charlie and sharing the thrill of reading the first (luckily great) review a critic wrote about my debut book.

Basically, getting dumped and losing my favorite job led me to lead a life I love.

ABOUT THE AUTHOR: Susan Shapiro is an award-winning teacher at The New School and NYU and the NYTimes bestselling author of 10 books including “Unhooked,” “Five Men Who Broke My Heart,” “Lighting Up” and the new novel “What’s Never Said.” You can follow her on Twitter at @Susanshapironet.

How To Have A More Positive Mindset About Your Challenges

Struggling to believe everything happens for a reason? Read this now…

Feel like giving up? 4 Things To Do To Become Successful