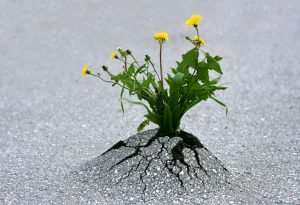 If you want to create a life you love, you’ll appreciate learning what resilient people do differently after failure to get what they want. Read on…

You’re in a large lecture hall, having just given an important presentation – one you think is your best work yet.

You haven’t even left the podium.

Suddenly an esteemed colleague stands up and severely criticizes all your efforts in front of all your peers.

Sounds rough, eh? Not if you’re a resilient person and head of the Positive Psychology Movement.

Here’s What Resilient People Do Differently After Failure…

The above scenario happened to one of the heads of the Positive Psychology Movement – Dr. Martin Seligman.

Basically it was Seligman’s career duty to remain positively cheery — even under humiliation.

Imagine had difficult it was for Seligman, when he underwent this exact challenge (above) in 1975 at Oxford University.

The man who shamed him? A competing professor, Dr. John Teasdale.

In that moment Seligman says many thoughts sashayed rapidly through his mind.

He realized he could easily become defensive and depressed – telling himself a pathetic loser’s tale of permanent career ruin.

Or he could tell himself a happier story – one which could co-star Teasdale as his friend and co-author of a new psychological theory all about the powerful effects of various self-story-telling styles during crisis.

Seligman chose the latter path, and approached Teasdale to partner up.

Together the two created their now famously reported theories on “learned helplessness” and “explanatory styles.”

I call this “TURNING YOUR TALE OF WOE INTO A TALE OF WOW!” – and it’s something I teach clients that I coach to do – with all their stories of woe from their past and present.

Basically, Seligman and Teasdale put forth that bouncing back up from bad times is 100% dependent upon the kinds of “stories” you tell yourself.

“This problem is temporary, related to the particular situation I’m in.”

In contrast, those stuck in misery-mode are under the influence of  “learned helplessness” –immediately engaging in pessimistic self-story-telling styles  like:

“This bad thing is going to undermine my life in all ways!”

When we lived in the jungles, running barefoot from the jaws of dangerous animals, we needed “worry” as a survival mechanism to spur us to decisive action.

Worrying literally could save our lives.

But, then again, even back then, some “optimism” was necessary – so you’d have energy and creativity to act and protect.

Here in our modern world worry has less of a life vs. death role. Instead, having an “optimistic-explanatory-style” is our true life saving force.

How can you develop a more resilient, optimistic explanatory style?

Learn how to be a more resilient person

If you’re having a difficult time mastering your thoughts and feelings, check out my best selling video course: The Anxiety Cure.

6 Steps To Train Your Brain To Think Like An Optimist

The Number One Contributor to Happiness [Research]

Previous Post A Life Quote On Kindsight To Help You View Your Life With Forgiveness Next Post Want To Feel Happier? Watch A Mental Rental